Shrine of Our Lady of the Island

It bears the title of the oldest Marian shrine in Croatia! Today's parish church dedicated to the Blessed Virgin Mary - Our Lady of the Island, was built in 1880 in the centre of Solin, on a larger island in the delta of the Solin river Jadro, formerly called Salon.

To the south of the church is a landscaped lawn on which thousands and thousands of believers and young people participated in the service of God, during the visit of Pope John Paul II on the 4th of October 1998. On the north side of today's church of Our Lady, under the ground, are the remains of a three-nave church dedicated to St. Stephen. It was built just above the Roman-era building structures that stretched over a larger island in the river delta. It should be considered that the Solin river in ancient times had a completely different course than today, and that it passed through the town itself (the best evidence is the remains of the so-called Hollow Church on the east of Salona).

One of the most important archaeological discoveries at the end of the 19th century from the time of Old Croatian history happened by accident. Namely, at the Island, after the old church burned down in 1875, a new, modern one was built in its place in 1880. When the foundations for the bell tower began to be excavated in 1898, the remains of the old walls were discovered, which automatically attracted the attention of the then director of the Archaeological Museum in Split, priest Frane Bulić, who began more detailed research. Soon, on August 28, 1898, in the lobby of the discovered church of St. Stephen, fragments of the inscription with the letters ‘HEL’ were excavated. Bulić noticed that it was the front side of the sarcophagus (broken into ninety pieces) which was completely filled with text. After careful analysis, collection and joining of the stone parts of the fragments, he was able to read the entire damaged tomb inscription with a clearly visible year 976.

On Our Lady's Island, a three-nave church of St. Stephen was built in the 10th century, with the atrium which was the mausoleum of Croatian kings. In its remains, in 1898, a broken sarcophagus with the tombstone inscription of Queen Jelena the Great was found.

It is located east of Salona, ​​along the river Jadro. The name of the church itself comes from the time when the walls of the abandoned church with a collapsed roof stood there, recorded on Camuci's map in the Zadar archives, from the second half of the 16th century. The remains of this early Romanesque three-nave basilica dedicated to St. Peter and Moses stood at the end of the 17th and the beginning of the 18th century, when the new, then settled inhabitants of Solin, gave it this picturesque name.

The church itself dates from the 11th century, is closely connected with the coronation of Dmitar Zvonimir as Croatian king in 1075. It was built inside a large early Christian basilica from the 6th century. Next to the church was a Benedictine monastery probably connected with the royal house, so this is the reason why the new church is being built in the old one and that coronation as an important historical act is being performed in it.

This three-nave basilica had a very specific western facade, the so-called the western corpus (westwerk) and the bell tower, and on the east side three apses incorporated into the body of the church itself. There was also a large three-part altar partition with the inscription of the titular, St. Peter and Moses. Namely, it is believed that the pluteus which today form the baptismal well in the Split baptistery of St. John, are from here, among whom the most famous is the one that interprets the depiction of the Croatian ruler on the throne. Today, the church is in a friable condition and is often partially submerged due to the diversion of the river Jadro. 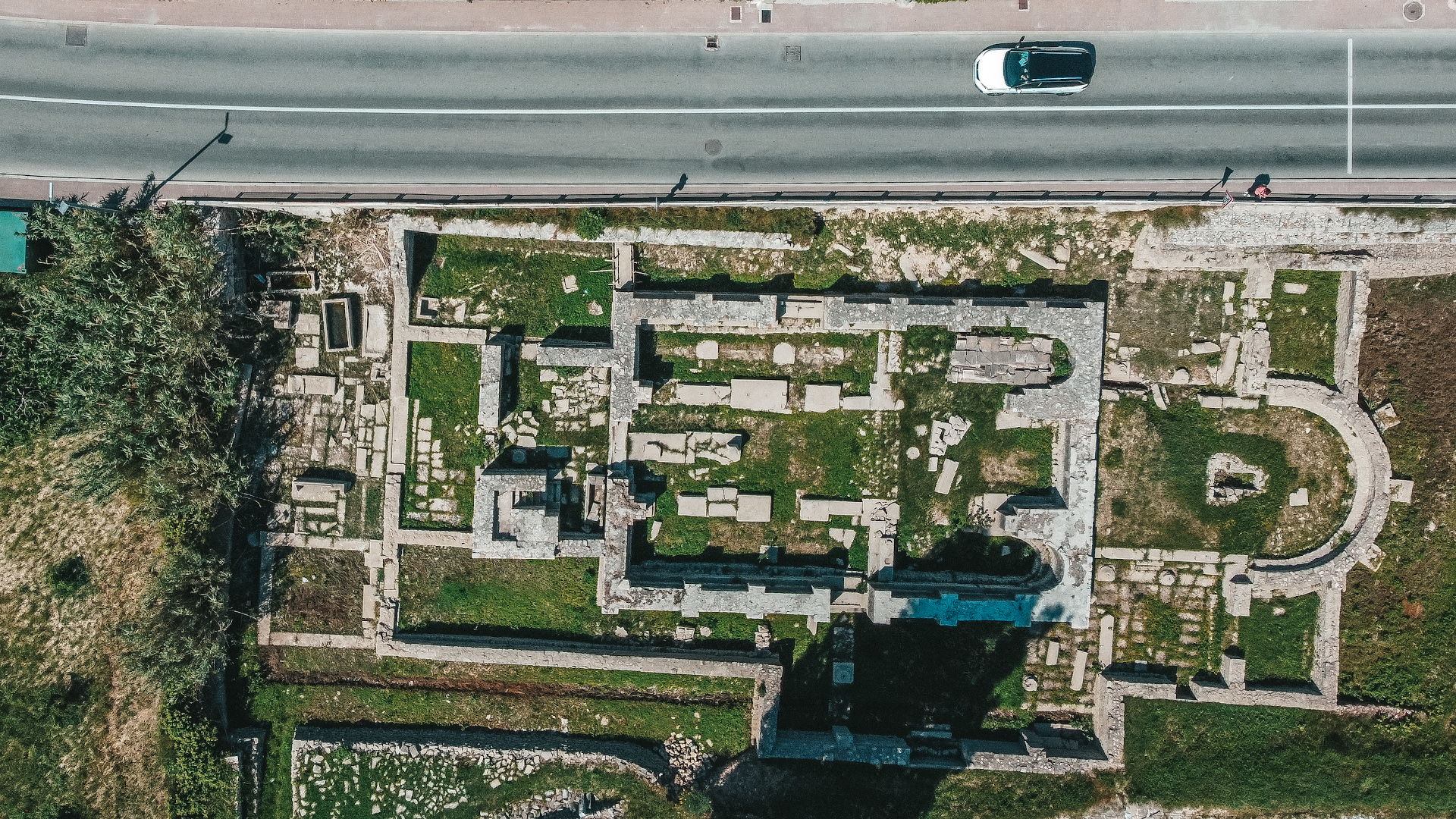 Ancient Salona or Colonia Martia Iulia Salona, ​​as it was called during antiquity, was the capital of the Roman province of Dalmatia. It was formed along the mouth of the river Jadro and the protected sea bay at the foot of the hill Kozjak. Before the arrival of the Italics and Romans, local tribe of Delmati and Greek merchants lived there. Due to its favourable strategic position in the central part of the Adriatic, on the way to the Dalmatian hinterland and inland, this Dalmatian port became interesting to Roman merchants and the army. The name of the settlement of Salona was first mentioned in literary sources in 119 BC when the Roman general Cecilia Metel spent the winter there with the army. In the civil war between Caesar and Pompey, Salona sided with Caesar, which significantly influenced its development and gained the status of a colony.

The size, prosperity and splendour of the ancient metropolis of Salona is evidenced by the following description: 'The city has an irregular elongated shape, and in its centre is the oldest trapezoidal core (Urbs vetus, antiqua or graeca), surrounded by walls, of which the eastern part with a monumental city gate (Porta Caesarea), probably from the August period. There were spas, a forum, a capitol, a manor and a theatre. When that part became narrow, the city expanded beyond the original walls (urbs orientalis and urbs occidentalis), and new ramparts were erected.'

In the years of the first Roman emperors, Salona became a meeting place for merchants from all over the ancient world. The city flourished and expanded in the 2nd and 3rd century, especially for the emperor Diocletian, who built his palace near it, and the city was given the honorary title of Valeria (imperial gentile name), so it was called Colonia Martia Iulia Valeria Salona Felix. According to some sources, the city could have between 20 and 30 thousand inhabitants at the peak of its power. In the north-western part of the city, connected by ramparts, was a monumental amphitheatre, originally on three floors and today preserved only at the ground level. Outside the city walls, around the relics of the Salonitan martyrs, Christian cemeteries were built, within which, as early as 4th century, churches were built above the graves of martyrs (localities: Manastirine - the tomb of St. Domnius, Kapljuč - the basilica of the five martyrs, Marusinac - the mausoleum of St. Anastasia).

After the great migration of the people, Croats settled in the part of the demolished and abandoned Salona. On Our Lady's Island and along the tributaries of the Jadro river Croatian rulers have erected new church buildings and created the centre of Croatian Solin. In 614, Salona was destroyed by the Avars and Slavs, and the population took refuge in Diocletian's Palace. The new inhabitants settled outside the ruins of the ancient city, to the east along the river Jadro. 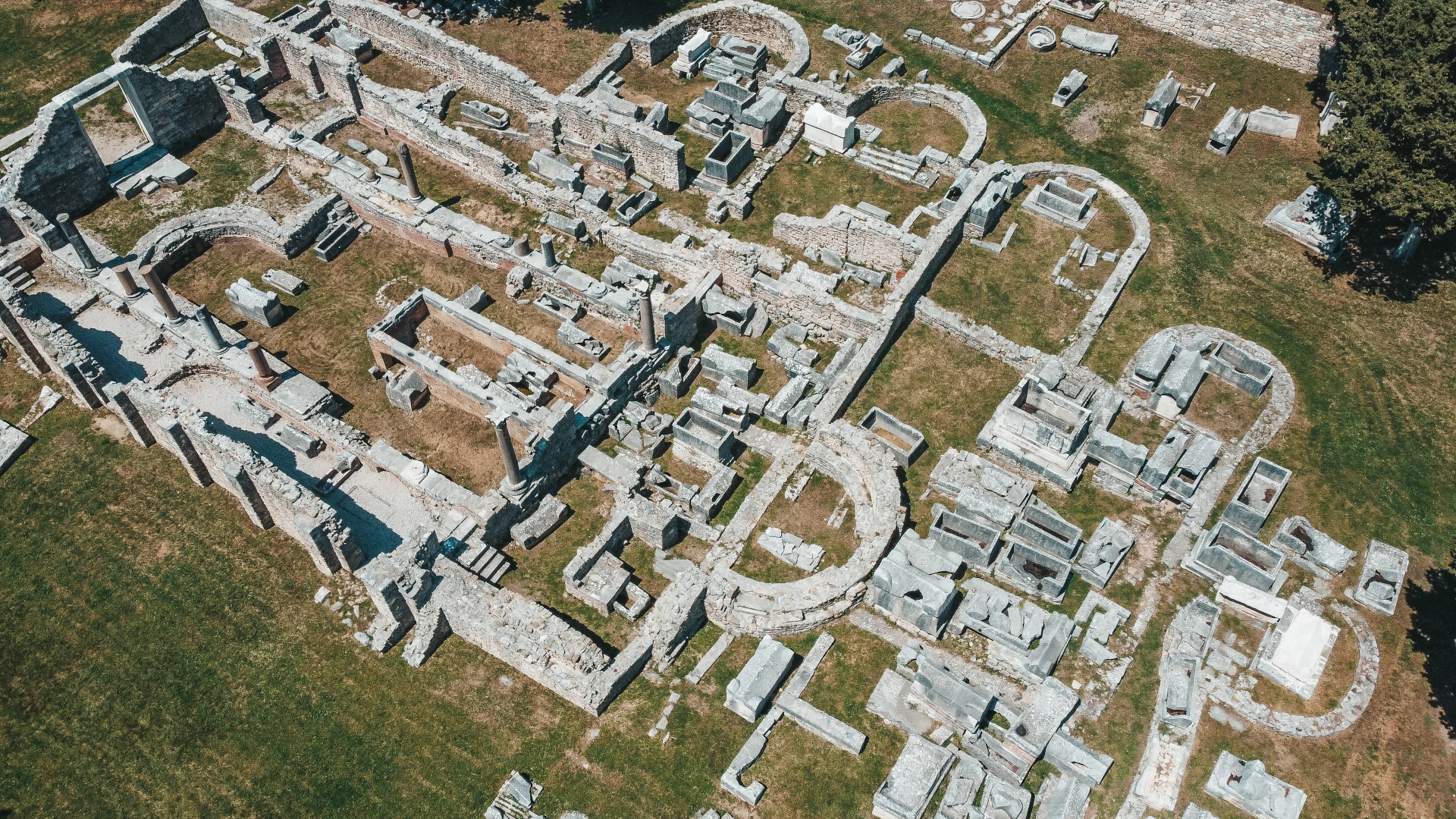 It springs at the foot of the Mosor at 35 meters above sea level and flows into the Solin Bay after a 4.5 km long course. With its short course, it fertilizes and brings life to this area, feeding, in addition to Solin, the city of Split, Kaštela, Trogir and surrounding places. In Solin, the river Jadro is called "Solinska Rika", and due to its significance and events from old Croatian history, it is often called "Croatian Jordan".

Due to the life and development of the endemic subspecies Mekousna trout (Salmothymus obtusirostris salonitana), the upper course of the river was declared a special ichthyological reserve in 1984. The area of ​​this ichthyological reserve is approximately 78,000 m2, and it represents the watercourse of the river Jadro from the source to the Uvodić bridge.

Ancient people also knew about the values ​​of the river Jadro. Even the ancient Illyrians built houses next to its riverbed and drank water that was not far away. It strengthened them when they went to war against the Romans, and the Romans, thanks to its water, built the largest city on this side of the Adriatic Sea.

The river Jadro is the source of life in the whole of Dalmatia. Due to this source in the protected bay Salona and Diocletian's Palace developed, to which an ancient aqueduct leads from the source area, which still supplies about 300,000 inhabitants. Solin, but also the population of the agglomeration has lost contact with Jadro, so it is poorly presented to tourists, although in itself, and especially its protected parts and cultural heritage that has developed along 4.2 km, is a strong but still untapped potential.

Jelena, queen of the Croatian kingdom at the end of the 10th century, wife of King Mihajlo Krešimir II who was killed in the war. Instead of the minor heir to the throne Stjepan Držislav, she ruled the Kingdom of Croatia as a regent in the 970s. Like any monarch, she became the protector of her subjects, and as she herself was a widow, she was proclaimed the protector of widows and orphans. As a sign of gratitude for her kindness and protection, they named her Jelena the Great. She had two ancient churches built on the river island in Solin, the Church of the Blessed Virgin Mary in which Croatian kings were crowned and a little further north, the Church of St. Stephen in which the kings were buried. The construction of the Mary’s Shrine, the oldest in Croatia, also began here. Queen Jelena died in 976, and was also buried on this islet, next to her husband King Mihajlo Krešimir II. Her remains were found during the excavations in the late 19th century, in a sarcophagus with an epitaph testifying to her royal role.